FastSurfer - a fast and accurate deep-learning based neuroimaging pipeline

FastSurfer is a fast and extensively validated deep-learning pipeline for the fully automated processing of structural human brain MRIs. As such, it provides FreeSurfer conform outputs, enables scalable big-data analysis and time-critical clinical applications such as structure localization during image acquisition or extraction of quantitative measures.

FastSurfer consists of two main parts building upon each other: 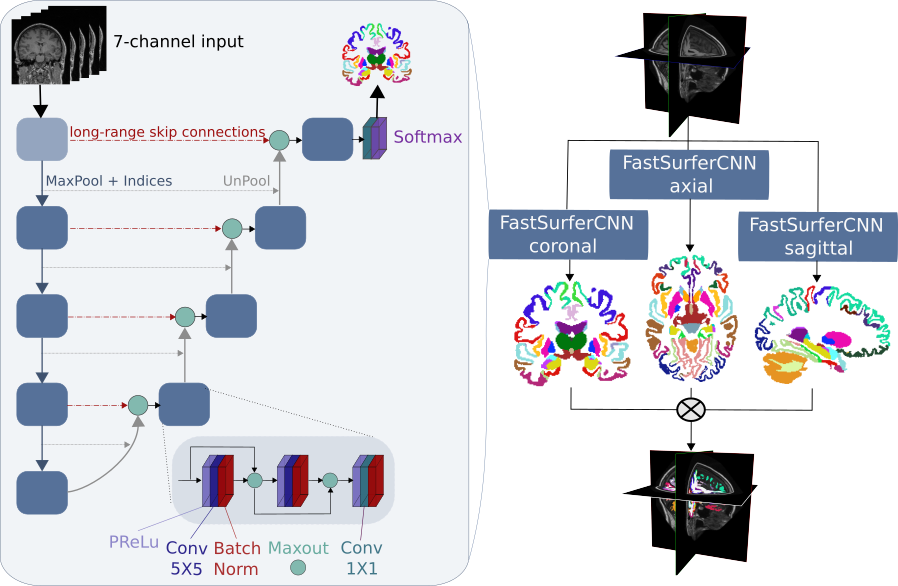 With recon-surf we perform fast cortical surface reconstruction, mapping of cortical labels and traditional point-wise and ROI thickness analysis. Due to the presence of a high-quality brain segmentation (generated by FastSurferCNN) many steps from within the traditional FreeSurfer recon-all have become obsolete, such as skull stripping and non-linear atlas registration.

Further, we perform a novel spectral spherical embedding and directly map the cortical labels from the image to the surface. Precisely, we use the eigenfunctions of the Laplace-Beltrami operator to parametrize the surface smoothly and quickly generate the final spherical map by scaling the 3D spectral embedding vector to unit length.

Overall, these improvements result in a significant speed-up compared to FreeSurfer. 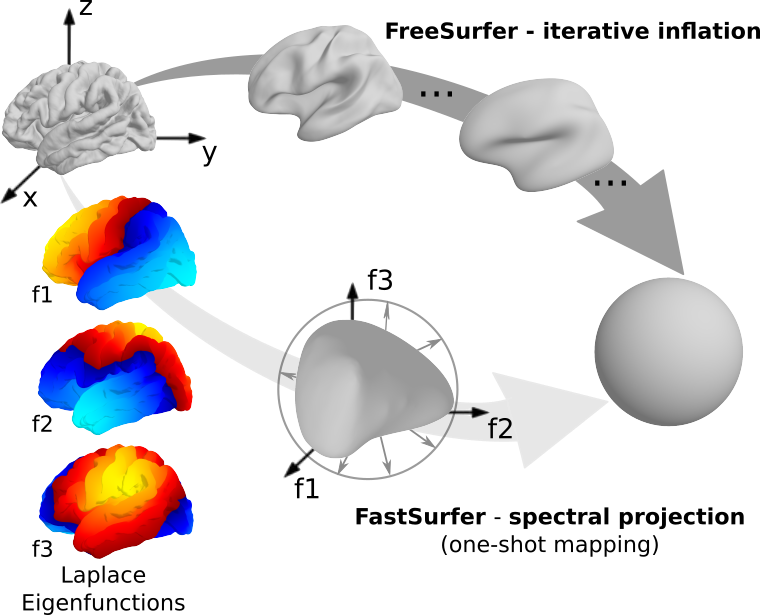 To ensure the usefulness of our entire pipeline, FastSurfer was extensively validated using a number of publicly available datasets.

1. Accuracy and Generalizability - How good is the whole brain segmentation generated by FastSurferCNN? 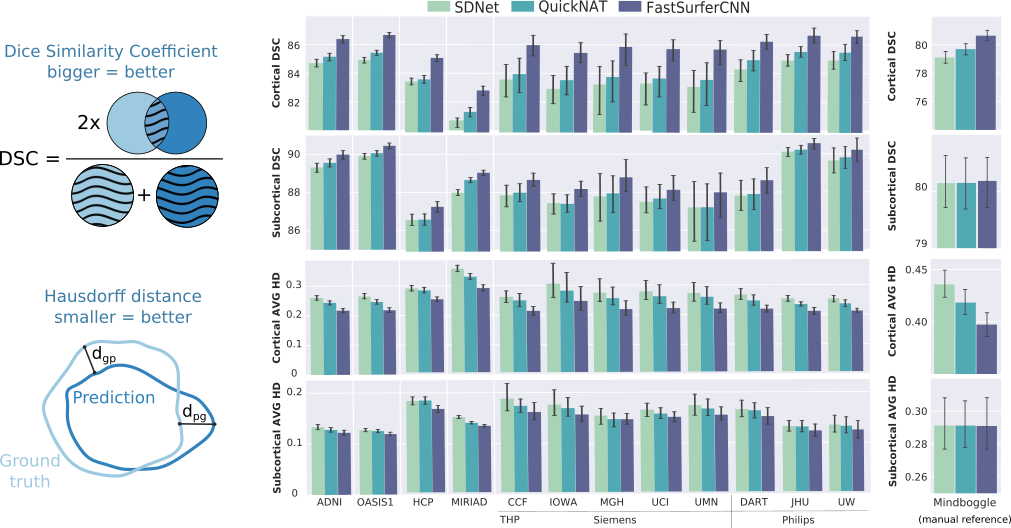 Fig 4. FastSurfer outperforms other state-of-the-art deep-learning architectures across a number of datasets both wrt to Dice Similarity Coefficient and Hausdorff distance.

Answer: FastSurfer is highly reliable as demonstrated by the close agreement between the thickness and volumetric measurements for 20 Test-Retest subjects from OASIS1.

3. Sensitivity - How well does FastSurfer detect significant effects in the data? 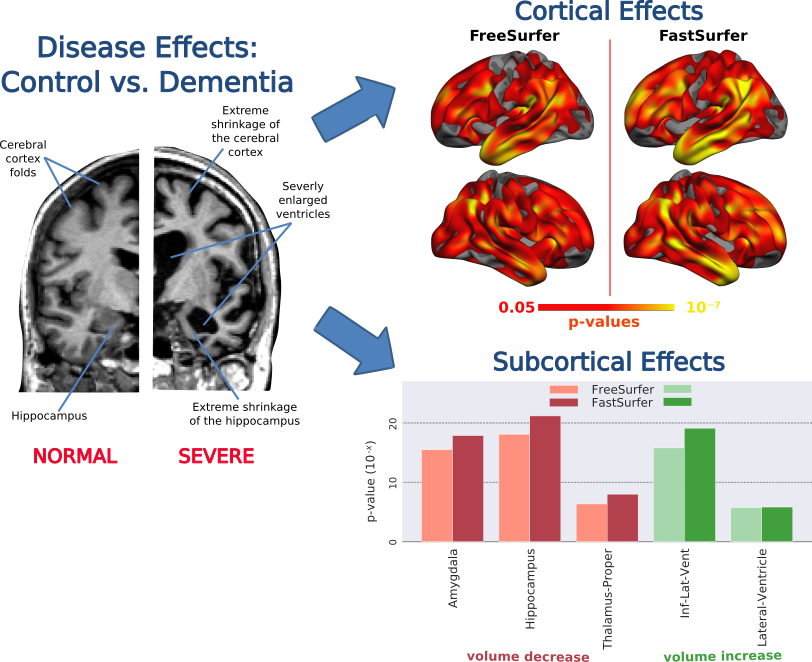